Whether he knew it or not…

Robin Williams was one of the greatest, most influential talents in our world. He blessed us with countless laughs, smiles, and heartwarming feelings through his incredible talents.

RIP Robin Williams. You will be missed.

Movies of his that particularly shaped my childhood include Hook, Mrs. Doubtfire, Aladdin, Patch Adams and Jumanji. When I first moved to California, I took a trolley tour in SF with my boyfriend at the time. We both got really excited when we learned that Robin Williams lived in that area too!

“How cool!” we both thought…

People around the world cherished and adored him. But despite his wild successes, his influence on millions of people, his ability to make others laugh and cry and revel in all that is called the “human experience,” at the end of the day it still wasn’t enough…

Because when the doors close at night, and people retreat into the solace of their own minds, sometimes something evil lurks there. Nothing else matters anymore.

And it can feel inescapable, smothering, and as if it will NEVER end.

Depression does not discriminate.

You could have everything in the world and it can still find you. You could go most of your life without ever feeling it, then one day it can sneak up on you… No one is ever immune to it.

If you’ve never experienced depression, it’s easy to tell those who have to just “snap out of it” or wonder why they feel so down. It’s easy to dismiss their feelings as being “dramatic” or as if they’re just “faking it” for attention.

Or maybe you’ve even cut them out of your life entirely because it was too much for you to handle or you felt you couldn’t do anything about it.

I’ve struggled with Major Depressive Disorder severe & recurring almost my entire life. My therapist says it’s a blessing that because I have these extreme “lows,” I also get to have incredible “highs,” and experience a reality that most people will never feel.

Yes, those “ups” are great, and they help to bolster a strong, creative drive and can allow a person to truly feel empathy for others as well as create beautiful, inspiring works.

But when you’re in the middle of a soul-crushing, self-harming “low” — the kind that causes you to not want to have to open your eyes in the morning — not even your own mother can take away that pain.

It’s the kind of pain that has no source or solution.

The kind that leads you to wonder what people might say at your own funeral. The topic of depression is trending right now because of the loss of this incredible human being to possible suicide.

But I feel the need to remind everyone that it is important to be aware of your individual role in helping prevent similar losses by helping those in need even when this topic is NOT at the very forefront of your mind.

If you’re struggling with depression, please know you’re not alone. If you need help, In the U.S., call 1-800-273-8255 — the National Suicide Prevention Lifeline.

If it’s not you who is suffering, but someone reaches out to you, or tells you they’ve had a bad day, or asks for support in some way, or even just LOOKS like they need a hug… you have a responsibility.

When I was hospitalized for my depression back in 2004, I met a teenage girl in there who tried to jump off a bridge onto a busy freeway in rural Michigan.

She said before she jumped, 2-3 strangers completely passed her by… and said nothing.

She said if they had said something, maybe she wouldn’t have done it. But they didn’t.

They kept walking, feeling too uncomfortable to do anything… so she jumped.

She didn’t expect to actually live.

She woke up and discovered that she had not only lived, but had also broken nearly every bone in her body, became wheelchair-bound and was now locked up indefinitely in a hospital institution, receiving electroshock therapy to her brain multiple times per day and popping more pills than I’d ever seen a human take at one time.

And I’ve always wondered how her life might have been different had someone actually said something to her, or asked her, “Hey, are you okay? Do you need help?”

The reason I started exercising and sharing fitness and healthy eating with the world is because exercise & proper nutrition are no longer a “choice” for me. It’s something I absolutely HAVE to do so that I don’t slip back into deep depression.

I’ve been on prescriptive drugs before. Lots of them. Drugs are like candy in hospitals. They test them on you and prescribe them like there’s on tomorrow. And nobody really talks about it or questions it.

But for a lot of people, myself included, drugs don’t necessarily fix much. Instead they just tend to numb everything — they numb the bad and the good. For me, it made me feel like I was just a shell of a human.

So when I started exercising and feeling natural endorphins in good amounts, and feeling the successes of making physical progress and finding new forms of physical and mental exertion, I started to wonder why all those doctors never thought to prescribe daily walks and a regular exercise program to help treat my depression.

If you’re feeling depressed, or suffering from depressive conditions, exercise does have the capacity to at least help a little bit. You won’t feel like it, that’s for sure, but try to force yourself to at least get up and go for a walk.

Sure some people do need medical attention and possibly pharmaceutical interference. But for a lot of people, I urge you not to go straight to the pills without first trying a holistic, physical activity + proper nutrition + therapy approach.

On the same token, as someone who understands what self harm, suicide and extreme depression can do to the human spirit… please. If you know someone suffering, be their helping hand.

Even if you don’t know what to do, you should still TRY to help that person get professional help. Tell them that you need them. Tell them that they have a reason to be here, even if they can’t see it yet.

If you can, hug them. Be close to them. Don’t walk away, or blame them, or ever imply that they’re “too much” for you to handle.

When a good friend of mine took his own life in 2006, my therapist said that everyone has a right to leave this world when they choose. And sometimes there is nothing we can do about it.

But most times, there is always SOMETHING.

Some of my greatest insights and lessons in life have come directly out of helping those who need it. And by far my most grateful and inspiring moments have arisen from the multiple times when others have helped me.

If you learn anything through this loss, please know that the pain of Williams’ absence will be felt most intensely by his close friends & family. They might even blame themselves in the back of their minds for not being able to prevent his death.

I pray they learn to forgive him and themselves for this loss. And I hope you learn that even though sometimes there’s nothing anyone can do, other times you DO have the power to help, even if it doesn’t feel like it.

In closing, I pray that you never have to experience the feeling of loss to a suicide. I pray that wherever he is now, Robin Williams is in a better place. I pray that people around the world use this experience as a catalyst to bring light to these stigmatized issues, and are hopefully inspiredly it to become more kind, caring and generous towards one another at all times, good and bad.

Most importantly though, I pray that if you ever find yourself in the same situation that you make a different choice.

RIP Robin Williams. You will be missed. 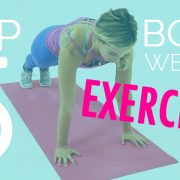 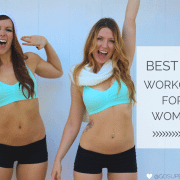 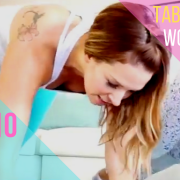 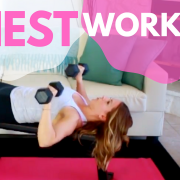 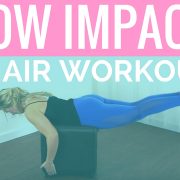 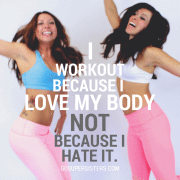 Workout Inspiration and Our Biggest "Why"