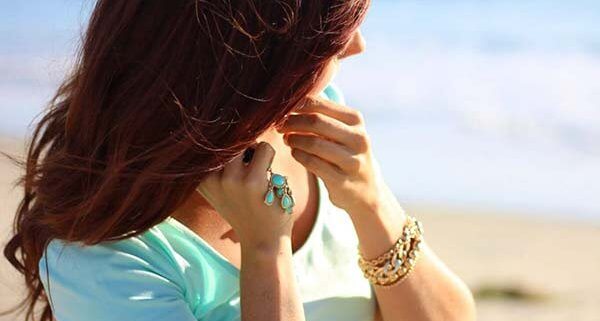 I imagine the terror I felt in our crashing car is the same terror a person in a crashing plane would feel.

A completely helpless knowing that today is going to be your last day.

A frantic, panicked mess of emotions coursed through my veins as everything around me slowed down and eerily raced towards our fast approaching death.

Heart-wrenching fear, confusion, panic combined with an unpreparedness for my life’s end.

In that moment I felt a deep soul-knowing that I haven’t lived my best life.

In that moment, I knew I could have done more.

This soul-searching moment caught me completely off guard.

It was just another sunny Friday afternoon.

My dad and I were driving our Suburban down a large hill by my house to Goodwill to make a charitable donation of some furniture we didn’t need anymore. We’ve made this drive a thousand times before.

But this time was different.

A quarter of the way down the hill, which is about 2-3 football fields in length and very steep (coming in at about a 45 degree angle on some parts of the slope), my dad went to hit the brakes as usual.

But to our horror, nothing happened.

The pedal went straight to the floor and the car unrelentingly continued barreling down the hill at full speed.

“Shit,” I heard him mutter under his breath.

I looked over to see him frantically go into emergency mode, trying to pump the brakes and get some traction, but still nothing was happening.

I immediately realized this was going to become a waking nightmare.

He pulled the emergency brake but nothing happened. It only barely nudged the car for a split second, but then we were right back to an uncontrolled descent, moving faster and faster as the car gained momentum.

He threw the car in reverse yet still, nothing happened.

At this moment, we both knew.

We’re going to crash, and it’s going to be very, very bad.

I thought there was no way we would survive. I was going to die with my dad in that car.

We were swiftly heading towards a swampy lagoon and crossing traffic going at least 50mph by now with no options for escape from the vehicle.

At the bottom of the hill, we realized the crossing street had a green light.

And that’s when I prepared myself for the end.

I thought we would for sure fly off into the swamp, roll the car, or worse, slam into the steel street pole directly in front of us.

But none of that happened. At the very last second, my dad pulled a miracle maneuver that saved our lives.

With both hands, he grabbed the steering wheel at 7 and 10 and with what can only be described as a father’s protective force violently turned our vehicle at 90-degrees into oncoming traffic on our right.

A car was fast approaching us, so he quickly swiveled back left to avoid T-boning or side-swiping the car’s driver side door — a collision that would’ve surely killed the 18-year-old driver inside.

In slow motion, as we swerved towards the front of their car now, I watched helplessly as their black car came towards my door at full speed.

I screamed in horror and lifted my hips out of my seat to avoid having my legs smashed in from impact.

It was the loudest, slowest, most violent 10 seconds of my life.

Debris flew in the air. Our windshield cracked in two. Our tires blew out as we continued over the curb and into the ditch.

As the other car slammed into my door, something very heavy, hard and black hit me in the back of the head, then bounced off the inside of the car and back again to punch me in the stomach.

I couldn’t make out what it was.

Everything was blurry inside our car as debris flew left, right, up & down inside and our bodies were thrown around like rag dolls.

My dad’s ankle got twisted up in the pedals. Both of our seatbelts pulled us violently back down to our seats, leaving straps of bruises and immediate pain across our torsos.

Then all of a sudden, there was silence.

Birds were chirping. My ears were ringing. My eyes were still wide and for a split second, I felt nothing.

It was completely silent. I mentally left my physical body and was floating above myself in an ephemeral moment of nothingness.

We had actually survived.

And in just as quick a fashion, my consciousness snapped back down into my actual body and I started feeling instant pain.

I came to realize I was still screaming and bawling my eyes out with an emotional force so strong it could not be stopped, even if I tried.

When I came to, the first thing I thought of was my dad.

He had JUST been released from the hospital 2 days prior for a heart surgery.

One of his arteries had been 99% blocked, and had he not gone in to the doctors just a few days before this accident to have several stents put back in to open it, this accident would have for sure killed him whether he saved my life or not.

He slumped out of his chair and almost inaudibly said, “I’m okay… I’m so sorry Liz.”

I gave him a sobbing hug then turned back forward, unable to move or process the intensity of what had just happened to us.

The tears from the horror of knowing we almost died kept pouring out of me uncontrollably.

Then the pain really started to set in.

“My head. Ahh .. my stomach.” I mumbled between sobs as I grasped at the areas I had been battered.

It all hurt, badly.

I couldn’t stop crying. I looked forward into the ditch through the windshield and what can only be described as pure agony ensued.

I could barely understand him my ears were still ringing and my brain was in a terror-stricken fog. “Hey, are you okay? What’s your name?”

“My head. My head. Ow, my head… and my stomach.” I managed to get only a few words out at a time between my sobbing tears and gasps for air.

“Liz, I’m an EMT. I’m going to make sure you’re okay, hang on honey, you’re gonna be okay,” he said as he caressed the back of my head feeling for blood, or worse.

“A small contusion. You’re going to be okay Liz, it’s going to be okay.” He lifted my shirt around the area I was clutching on my stomach where I had been violently punched by something heavy and solid.

At this point, my dad had somehow already exited the vehicle. Two or three other people were gathering around my door.

“Liz, can you get out of the car? We can’t open the door… Do you think you climb over to the other side?”

My door had been completely smashed in, but my dad’s driver-side door was hanging open. “Yeah,” I muttered as I lifted my body up over the center console and fell out of the car into twigs and bushes.

“Someone help my dad,” I said as another stranger with a bluetooth headset on in a golf shirt and slacks grabbed my arm and started walking me across the street to the shade in the grass on the other side.

As I stumbled through the crosswalk, I caught a glimpse of the other car. It’s entire front end was demolished.

Completely demolished in a mangled display, a reminder of our own mortality.

Their airbags had deployed. Their windshield had also cracked.

Seeing the horror of the scene from the outside of the car caused me lose it again in an uncontrollable flood of tears and sobbing moans of disbelief.

“Sit down, don’t move,” this new stranger said as he helped me down to the grass.

“But my dad. His heart. His heart…” I just kept stuttering.

No one could understand what I was saying because I was still mid-panic attack. But eventually my dad joined me on the ground and I could see several people on their cell phones calling the police.

Within minutes, 2 ambulances approached the scene along with a few police cars and firemen.

They started asking us questions and taking notes.

“What’s your name? Were you in the Suburban? Were you driving?” etc. etc.

Not long after, two EMTs strapped neck braces on the both of us, loaded us face-up onto a stiff back board and lifted us both on stretchers to be piled into the ambulance.

At that moment, all I could see was blue sky.

All I could hear were blurred voices and broken sentences.

They lifted me into the ambulance first and a flood of people I love came flashing before my eyes.

They started running tests. Blood pressure, heart rate, etc. I called my mom as soon as I could, explaining to her that we were in an accident and to meet us at the ER.

Then my dad was wheeled in next to me and we took off from there.

Once inside the ER, I had calmed down enough to breathe, but I was still crying in uncontrolled spurts. The doctors examined us both separately, and they took a blood sample and did a C-scan to make sure I didn’t have any internal bleeding or other kinds of brain damage.

My family and I sat there for several hours waiting for the results, which thankfully came back negative. But I had suffered a concussion, seatbelt injuries, and some mild hip displacement from the collision. My dad sprained his ankle and also had chest pains from the seatbelt.

The doctors gave us several painkillers, warned us we would be very sore and in a lot of pain for the next several days, and sent us on our way that evening.

They were right. Today, my neck and back are so sore and stiff I can barely turn my head. I’ve been icing and heating as needed, and my dad has been doing the same.

Despite our neck pain and the bruising on the back of my head, we are okay.

It is a miracle we are okay.

My dad saved everyone involved from much worse, and I’m confident if I had been driving, I would not be here to tell the story.

So what did I learn?

I learned that it’s not worth it to hold on to things that no longer serve you.

It’s not worth it to “play small” in life.

Your chances to go after your dreams are not unlimited, and they’re certainly not guaranteed.

Your life could be taken away at any moment.

So play big. Do more good in the world.

Give it your best. Your very, very best.

Stop making excuses and start appreciating every breath, every moment, every experience in life as if today were your last day.

Because it very well could be.

Everything tastes, sounds, smells, looks and feels so much sweeter to me now. I’ve been given another day, I thank God for that with all my heart, and I will make the most out of my life for the rest of my days here on earth.

It truly means the world to me.

Love you all,
Liz